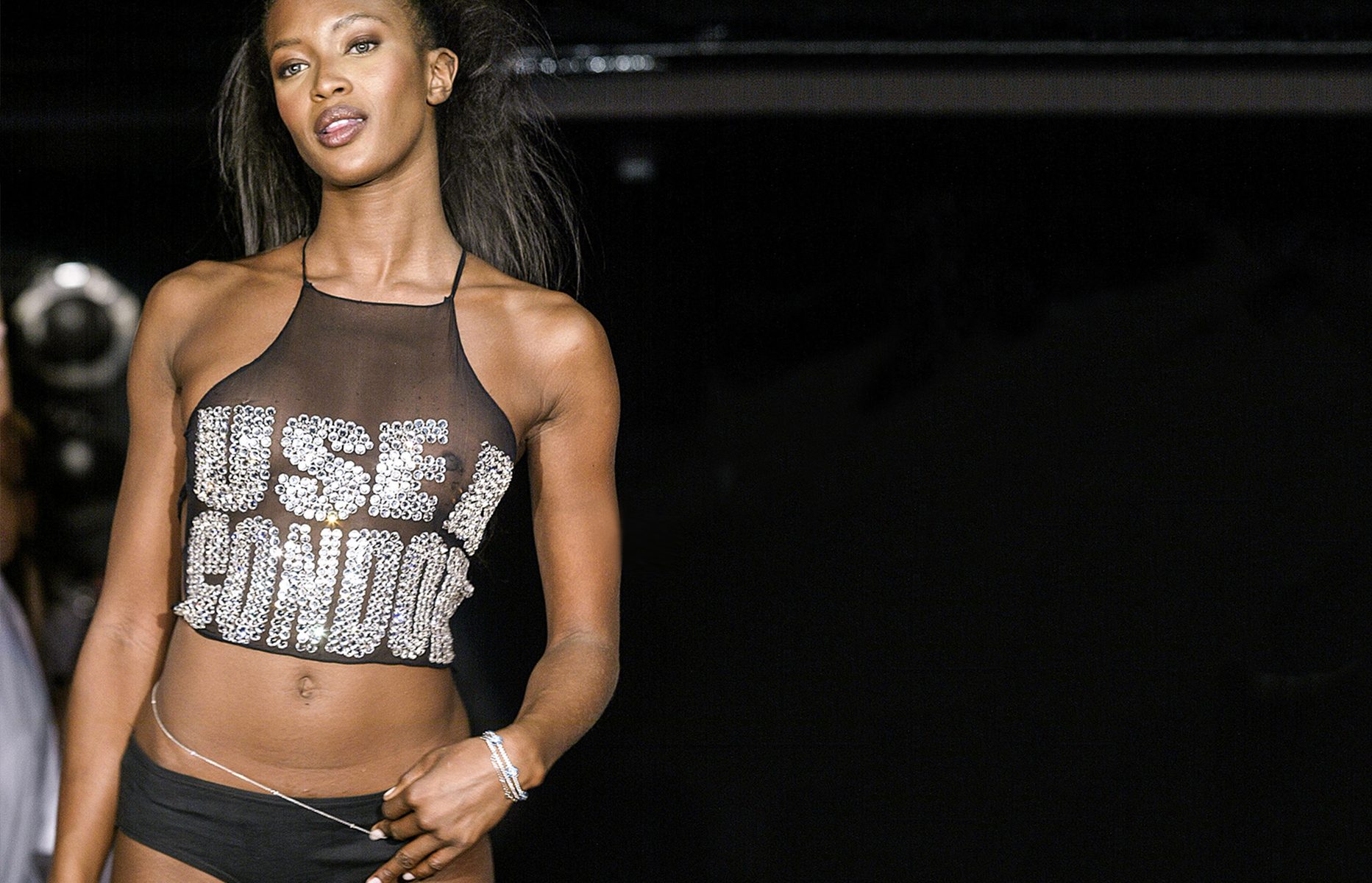 World AIDS Day, designated on 1 December every year since 1988, is dedicated to raising awareness of the AIDS pandemic caused by the spread of HIV infection, and mourning those who have died of the disease. To mark World AIDS Day we will be donating 50% of all profits to aidsorphan.net, a charity founded to protect and educate the forgotten AIDS orphans in Kenya and India.

Katharine has been a long standing advocate of AIDS awareness and safe sex practices. For Spring/Summer ’04 Katharine put AIDS awareness front and centre with the USE A CONDOM slogan emblazoned across t-shirts and notably in diamanté on a sheer vest and matching knickers worn by legendary model Naomi Campbell. Campbell was the ideal choice for Katharine to publicise the campaign because the model is an icon for young South Africans.

“I’ve been making slogan T-shirts for a million years,” Katharine told Jessica Cartner-Morley after the show, “And in all that time, what’s changed? So I’m changing tactics.”

Katharine started putting ‘condom pockets’ into boxer shorts and jersey bottoms in the mid 80’s, and it’s a feature that still stands within our collections, with our Redford onesies, Ivan T-shirts, Tom and Jerry track pants all featuring the discreet, but essential pocket. As Katharine put it so well herself “the condom pocket. Use it”.