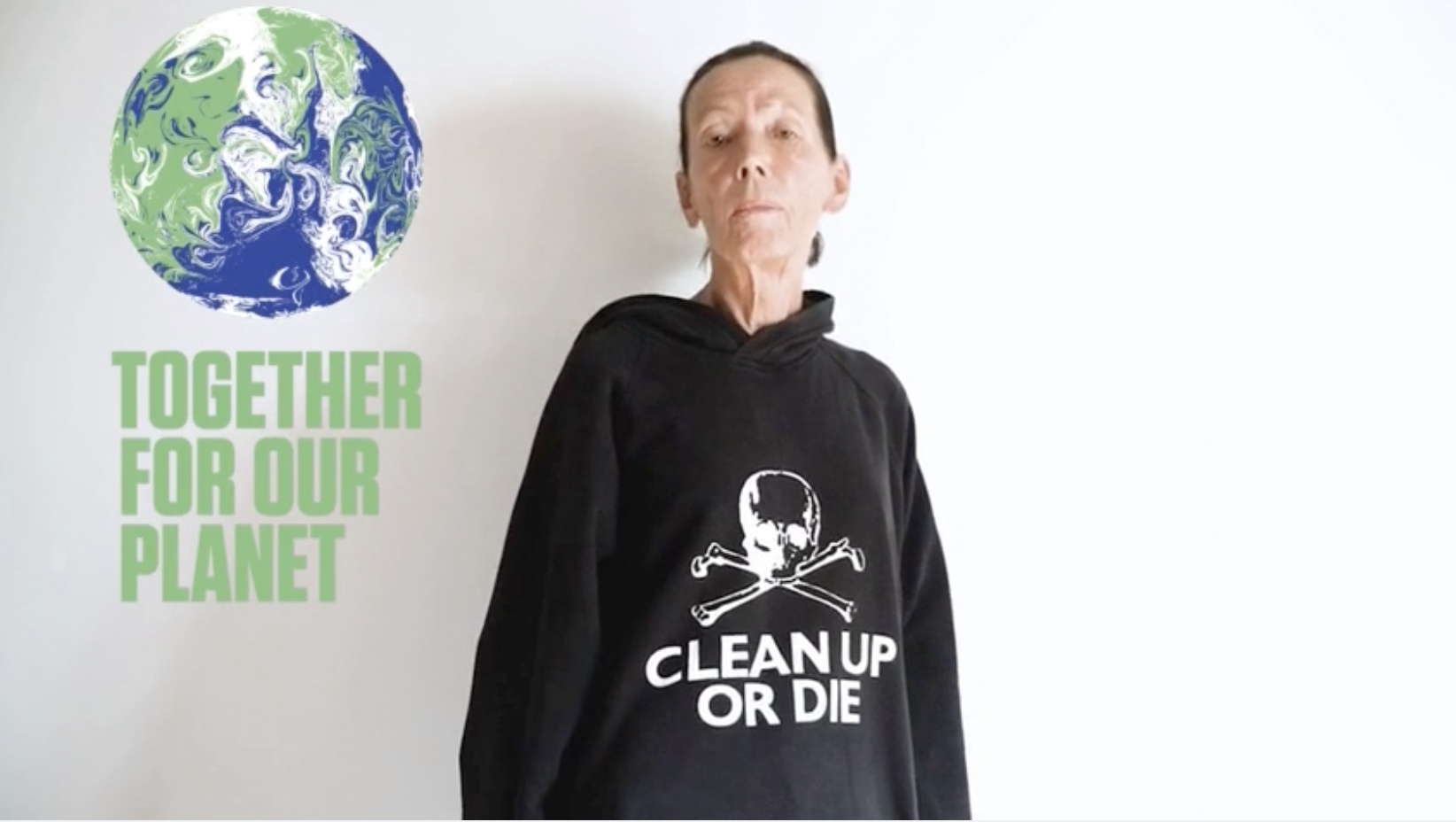 COP26 is beginning on Sunday. The four main aims are to:

1. Secure global net zero by mid-century and keep 1.5 degrees within reach
– Countries are being asked to come forward with ambitious 2030 emissions reductions targets that align with reaching net zero by the middle of the century.

To deliver on these stretching targets, countries will need to:
-Accelerate the phase-out of coal
curtail deforestation
-Speed up the switch to electric vehicles
encourage investment in renewables.

2. Adapt to protect communities and natural habitats
-The climate is already changing and it will continue to change even as we reduce emissions, with devastating effects.

We need to work together to enable and encourage countries affected by climate change to:
-Protect and restore ecosystems
build defences, warning systems and resilient infrastructure and agriculture to avoid loss of homes, livelihoods and even lives

3. Mobilise finance
-To deliver on our first two goals, developed countries must make good on their promise to mobilise at least $100bn in climate finance per year by 2020.

International financial institutions must play their part and we need work towards unleashing the trillions in private and public sector finance required to secure global net zero.

4. Work together to deliver
-We can only rise to the challenges of the crisis by working together.

A pivotal moment in the fight against climate change.

In November, the UK, together with our partners Italy, will host an event many believe to be the world’s best last chance to get runaway climate change under control.

For nearly three decades the UN has been bringing together almost every country on earth for global climate summits – called COPs – which stands for ‘Conference of the Parties’. In that time climate change has gone from being a fringe issue to a global priority.

This year will be the 26th annual summit – giving it the name COP26. With the UK as President, COP26 takes place in Glasgow.

In the run up to COP26 the UK is working with every nation to reach agreement on how to tackle climate change. World leaders will arrive in Scotland, alongside tens of thousands of negotiators, government representatives, businesses and citizens for twelve days of talks.

Not only is it a huge task but it is also not just yet another international summit. Most experts believe COP26 has a unique urgency.

To understand why, it’s necessary to look back to another COP.

The importance of the Paris Agreement

For the first time ever, something momentous happened: every country agreed to work together to limit global warming to well below 2 degrees and aim for 1.5 degrees, to adapt to the impacts of a changing climate and to make money available to deliver on these aims.

The Paris Agreement was born. The commitment to aim for 1.5 degrees is important because every fraction of a degree of warming will result in the loss of many more lives lost and livelihoods damaged.

Under the Paris Agreement, countries committed to bring forward national plans setting out how much they would reduce their emissions – known as Nationally Determined Contributions, or ‘NDCs’.

They agreed that every five years they would come back with an updated plan that would reflect their highest possible ambition at that time.

Glasgow is the moment for countries to update their plans

The run up to this year’s summit in Glasgow is the moment (delayed by a year due to the pandemic) when countries update their plans for reducing emissions.

But that’s not all. The commitments laid out in Paris did not come close to limiting global warming to 1.5 degrees, and the window for achieving this is closing.

So as momentous as Paris was, countries must go much further than they did even at that historic summit in order to keep the hope of holding temperature rises to 1.5 alive. COP26 needs to be decisive.

Organised in collaboration with YOUNGO, The Official Youth Constituency of the United Nations Framework Convention on Climate Change (UNFCCC), it is one of the largest entirely youth-led global youth climate conferences in the world.

The conference takes place from 28-31 October 2021, days before the annual United Nations Climate Change Conference, also known as Conference of the Parties, in the same host country as the COP.

COY serves as a space for capacity building and policy training, in order to prepare young people for their participation at COP and their life as local and international Climate advocates.

The Conference is organized by 7 Working Groups and Coordinators in 152 Countries whose main objective is to gather local Youth Statements and raise the voices of the global youth to the United Nations decision making process. 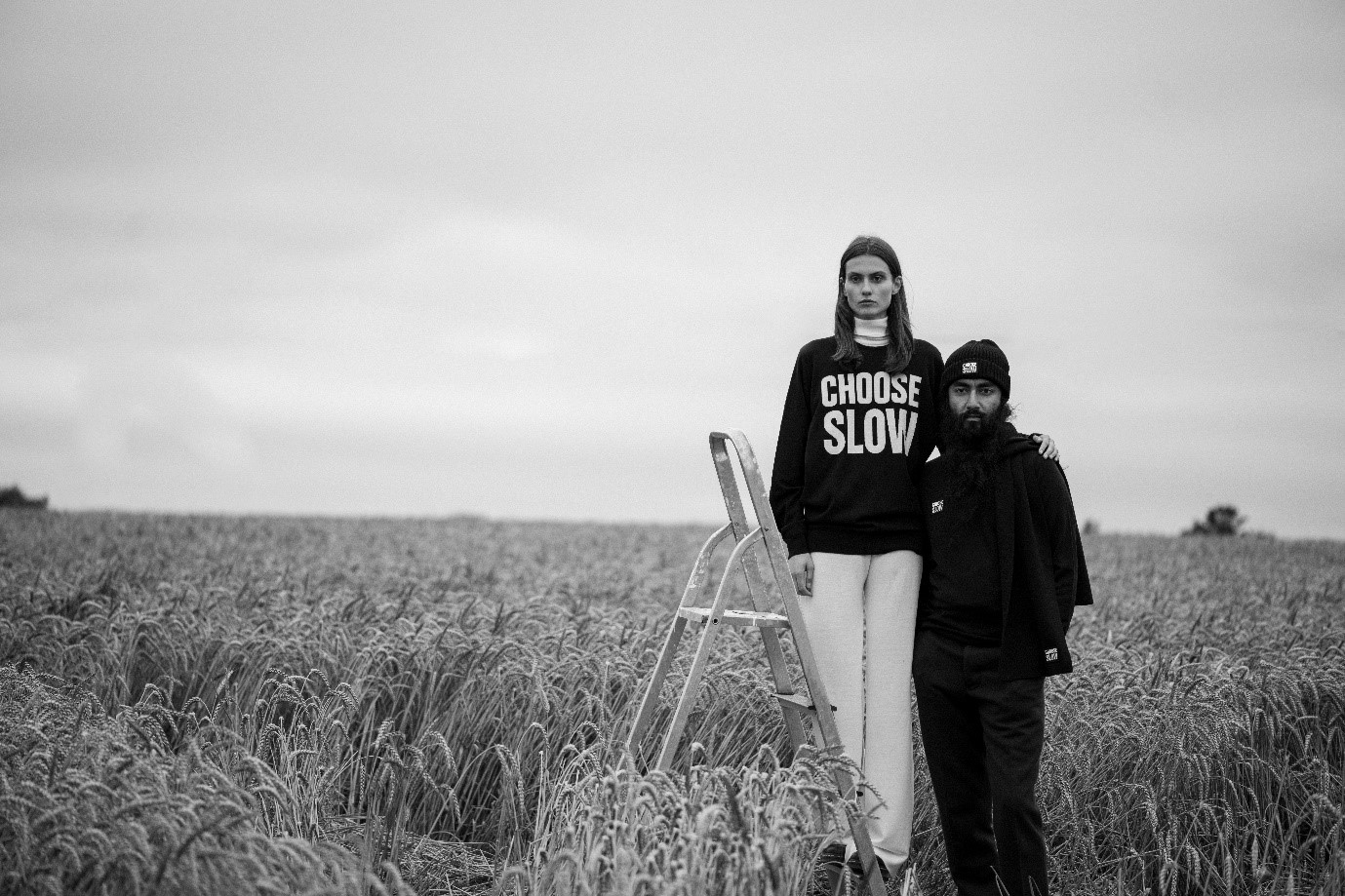 John Smedley’s ethos has always had sustainable design and practices at its forefront and who better to celebrate this with than the original fashion pioneer Katharine Hamnett?

Together, they have crafted an exclusive capsule collection featuring the slogan ‘Choose Slow’, that is designed to ask consumers to assess where and from whom they buy their clothing from, shifting focus from fast to slow fashion.

The Katharine Hamnett London x John Smedley collaboration is a celebration of sustainable style. As two classic British brands, we have endured and thrived by refusing to compromise over what we believe: sustainability, craftsmanship, quality and people. This collaboration is about championing these values and showing what they can do.

As brands we make tough decisions to put people and planet first – the UK Government needs to do the same. Inaction is easy, radical change is not, but it’s quite simple: to reach Net Zero, Fast Fashion has to go. It’s amazing that millions of people are already making this choice, but the Government must do the rest to hit its targets. Britain has a wonderful opportunity to embrace sustainable fashion, and to drive change globally through its supply chains.

Speaking about the collaboration Katharine stated

“I have worked with John Smedley off and on since the 1980s, I have always loved the quality of what they do. They are one of the few remaining mills that still produce a great, quintessentially British & traditional product at its best.”

John Smedley’s Brand Director Jess Mcguire-Dudley spoke about the new collection to say ‘Katharine has been a pioneer of ethical practices, challenging the status quo of the fashion industry and beyond for decades. She is a personal hero of mine and it’s a great privilege to have worked with her to design this collaborative collection.  Our aims are to engage customers once again with slow fashion, urging them to understand and value British manufacturing, high quality, trace-able fibres and the real people behind our products’

The collection is priced from £55 – £220 and 20% of all profits from the collection sold at John Smedley stores will be donated to the UKFT https://www.ukft.org/ to further apprenticeships across the British manufacturing and fashion industries. 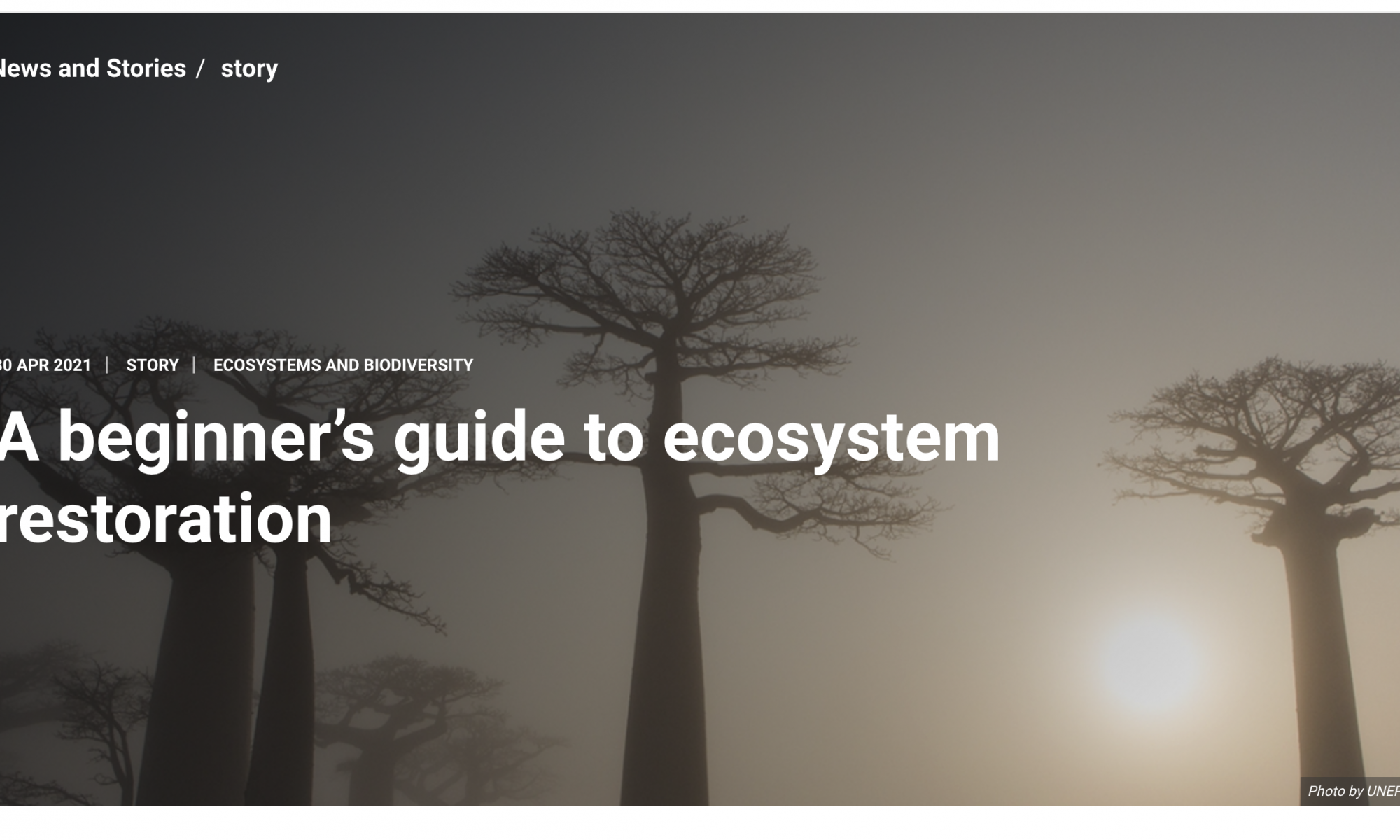 It’s a phrase that’s been on the lips of scientists, officials and environmental activists a lot in the last few months: ecosystem restoration. This year, 5 June, World Environment Day, marks the official launch of the UN Decade on Ecosystem Restoration, a 10-year push to halt and reverse the  decline of the natural world.

You might be wondering: what exactly is an ecosystem and how do you restore one?

To answer the first question an ecosystem is a place where plants, animals and other organisms, in conjunction with the landscape around them, come together to form the web of life.

Ecosystems can be large, like a forest, or small, like a pond. Many are crucial to human societies, providing people with water, food, building materials and a host of other essentials. They also provide planet-wide benefits like climate protection and biodiversity conservation.

But in recent decades, humanity’s hunger for resources has pushed many ecosystems to the breaking point.

Here are the eight main types of ecosystem and some of the things that can be done to revive them. For more ideas on how to boost your local ecosystems and join #GenerationRestoration, see the UN Decade’s Eosystem Restoration Playbook – a practical guide to restoring the planet. 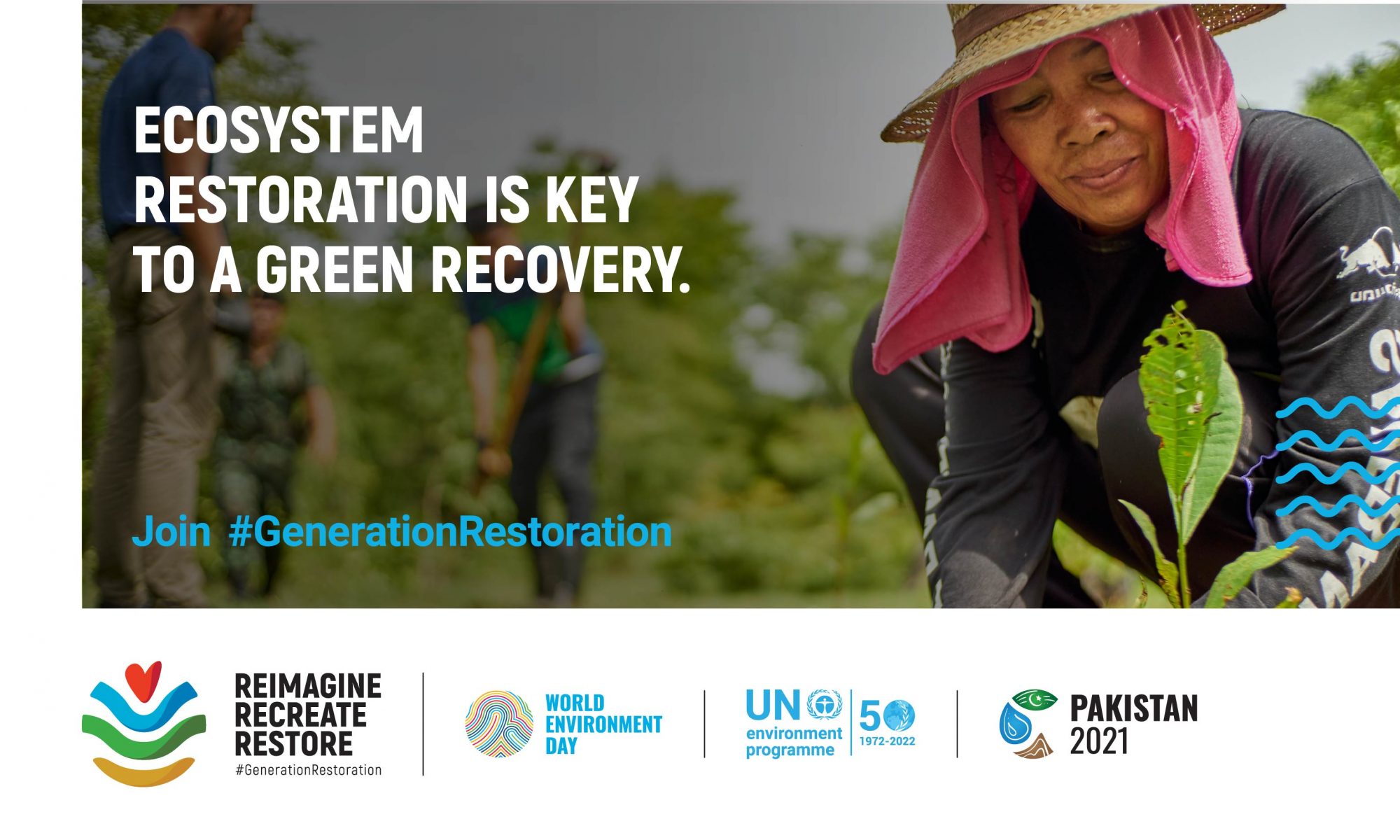 Since 1974, World Environment Day has been celebrated every year on 5 June, engaging governments, businesses and citizens in an effort to address pressing environmental issues.

This year, millions of people will be celebrating digitally, worldwide.

Find out more at: https://www.worldenvironmentday.global/ 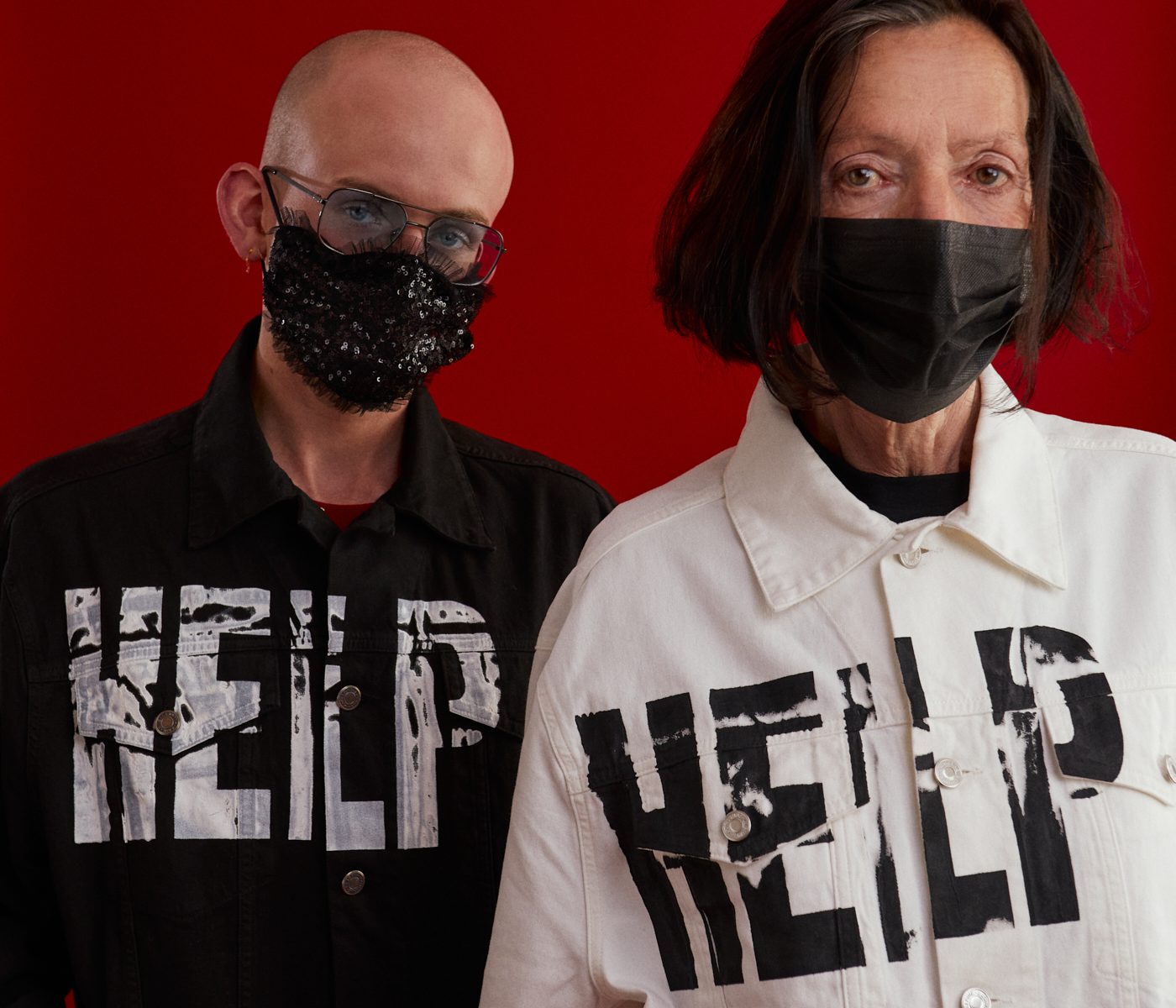 Sustainable Fashion designers Katharine Hamnett and Patrick McDowell Launch Reimagine collection in support of British Business and fight back against the negative impact of Brexit.

Katharine Hamnett’s signature Ted jacket and slogan T-shirts are upcycled and reimagined in a monochrome colour palette with a splash of red. A new cropped silhouette and the Signature HELP print come together across Jackets and T-shirts to stay true to the Activist nature of Hamnett’s name sake label.

Throughout this collection, Patrick continues to implement sustainable design practices by Reimagining each Jacket in London. Working closely with London based Studio’s to create a new cropped silhouette and adding the collection’s signature HELP print with water based screen Printers Mesh and Blade. Katharine’s iconic Slogan T-shirt’s are made using GOTS certified cotton printed in the UK, staying true to the pairs vision of a fairer fashion industry for all.

Brexit is having a huge impact on British sustainable designers and the industry as a whole. Experiencing new import charges, delays on deliveries and extra paper work, together Hamnett and McDowell are fighting back.

Katharine Hamnett on the collaboration and Brexit: ‘The only way we are going to get out of this shit is together. HELP. Work together!
Patrick McDowell on working with katharine: ‘Working on Reimagine Katharine Hamnett x Patrick McDowell has been a dream come true. Katharine is the The Original proof that sustainability can be sexy and conscious. Brexit has negatively impacted and directly effected the British Fashion Industry and together we are taking a stand. I think that while Help is humorous –  It captures the mood and feeling of now so well. Brexit always was a bad decision and the lack of conviction and organisation from this conservative government is hurting sustainable fashion designers in the UK.’

The collection will be available on www.KatharineHamnett.com from the 14th May 2021 in limited quantities.

A graduate of Central Saint Martins, Katharine Hamnett launched her brand in 1979 with a range of eclectic women’s designs; menswear followed in 1981. That year also saw her release the first of her many slogan tees. Sustainability and ethical production became of prime importance, further shaking up what was expected of a global brand. Katharine Hamnett London re-launched in 2017 with new designs and slogans as well as reissues of many classic archive unisex pieces that are as relevant today as they always were.

Based in London, Patrick started his career studying fashion design at Central Saint Martins. While learning his craft, Patrick interned at Burberry, working under Christopher Bailey before going on to launch his own brand in 2018. In 2019 Patrick was nominated by Anna Wintour for the Stella McCartney today for tomorrow award. In 2020 Patrick became a Graduate Fashion week Global Ambassador while also receiving a British Fashion Award nomination. At the beginning of 2021, he was appointed Sustainability Design Director of the Italian womenswear brand Pinko and continues to work across the fashion industry developing Reimagine collections to reduce fashion’s global impact.

See all of the images here: https://drive.google.com/drive/folders/1TrEnMKKPQb2ltl43F5zkmL3LRmCik7Hg?usp=sharing 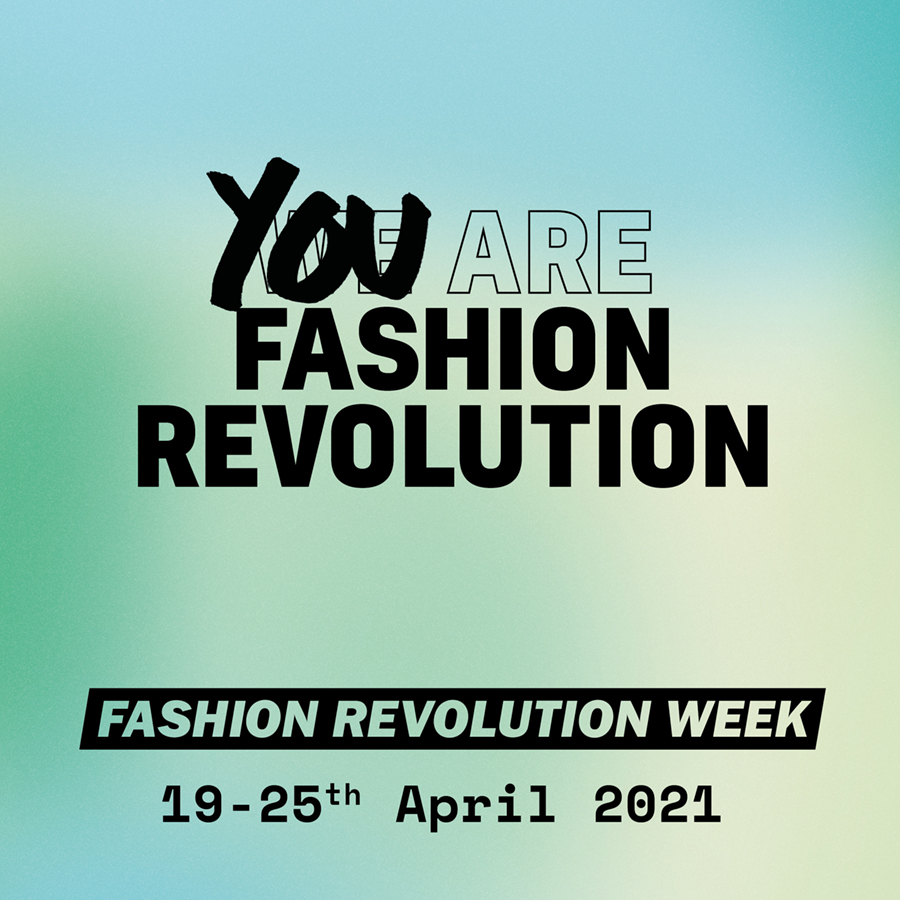 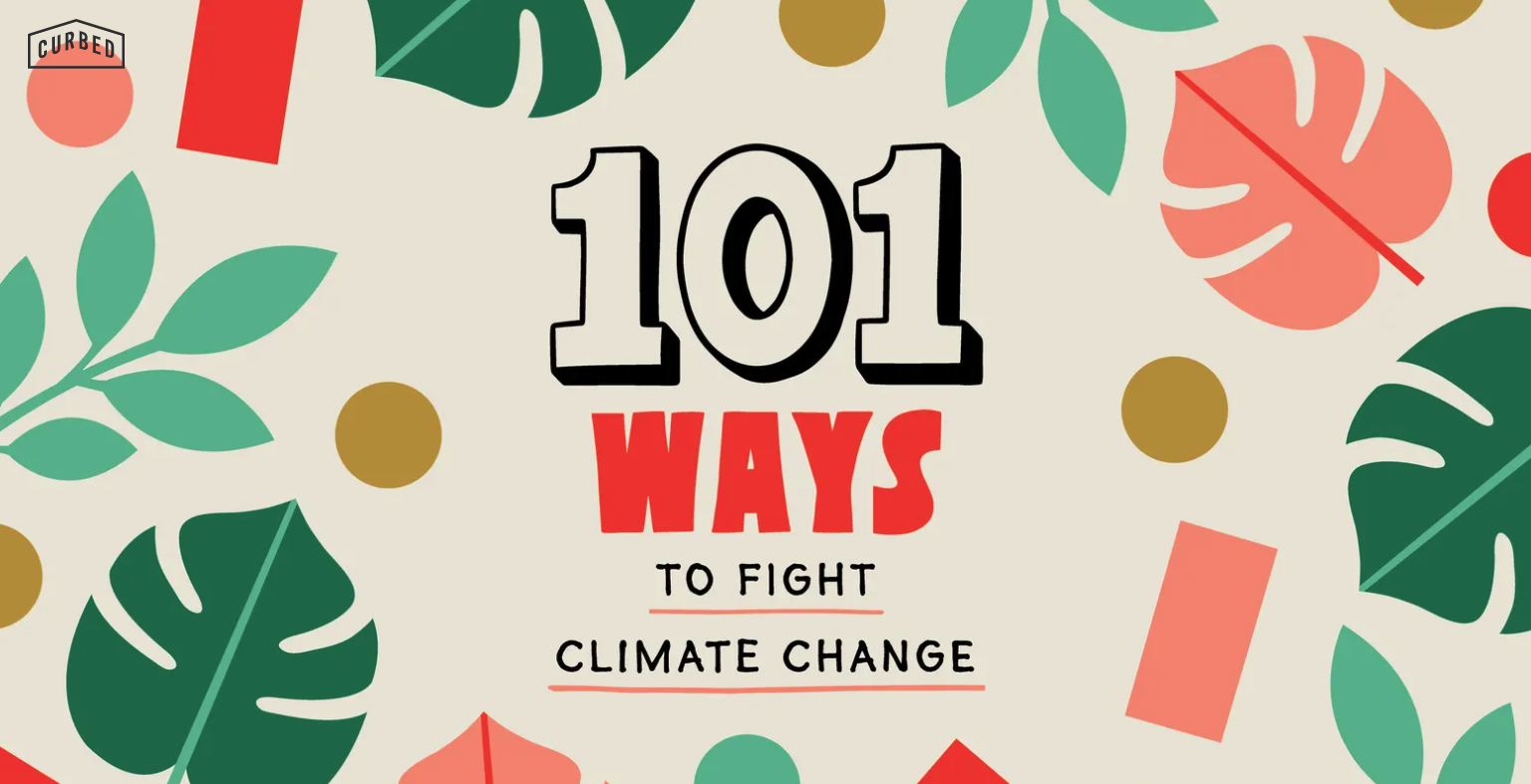 Even the smallest contributions can counter a global challenge 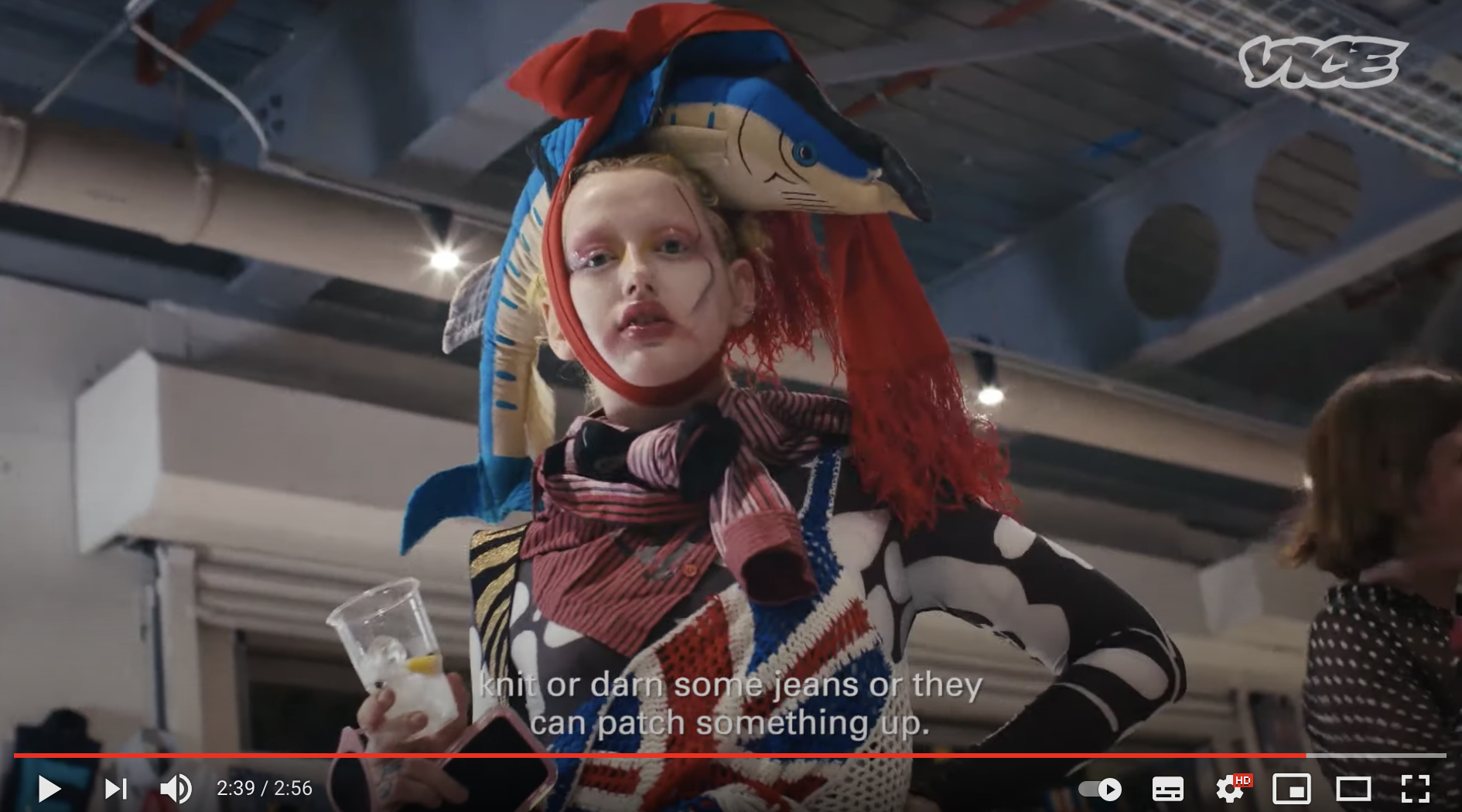 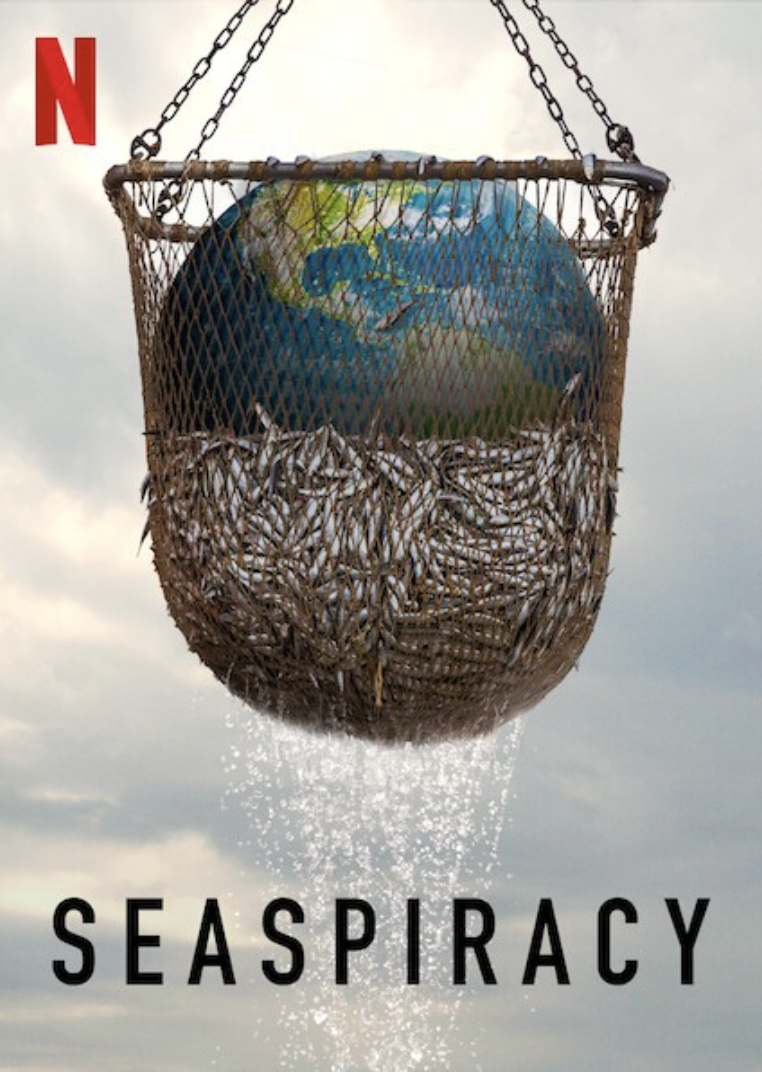